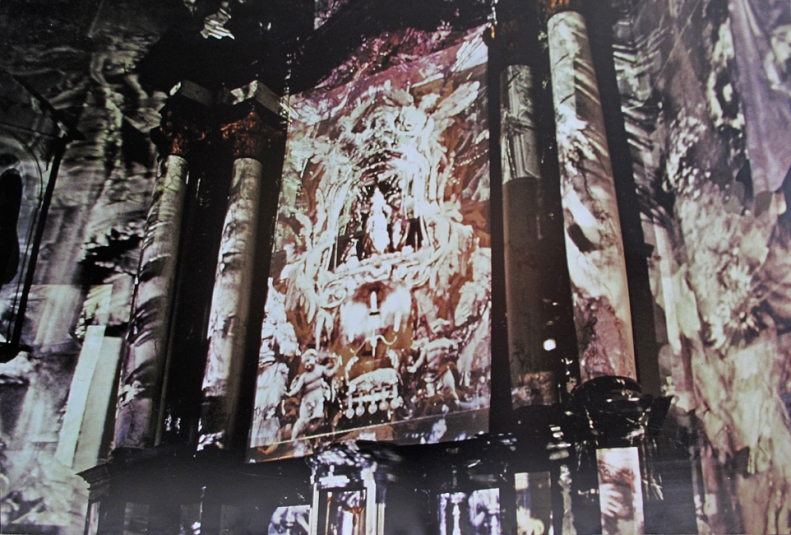 Camposanto was a light installation built in the Campo Santo chapel. It was a series of thirty six slide projections of a South German baroque altar projected on a Flemish baroque altar. Sixteen slide projectors stood among the pews of the chapel, facing the altar. The remaining projectors lit up the altar at varying angles which together formed an image. The viewer played an integral role in Camposanto. As they walked among the projections their shadows mingled with the images on the altar. To extend the role of the spectator, a few selected guests were invited to a dinner where Chef Simon Volkeart cooked before the altar. The guests dined and socialised between the projection and the projectors, making them active rather than emphatic spectators which was an important aspect of the installation. The smoke and steam from the food created 3D moving images. 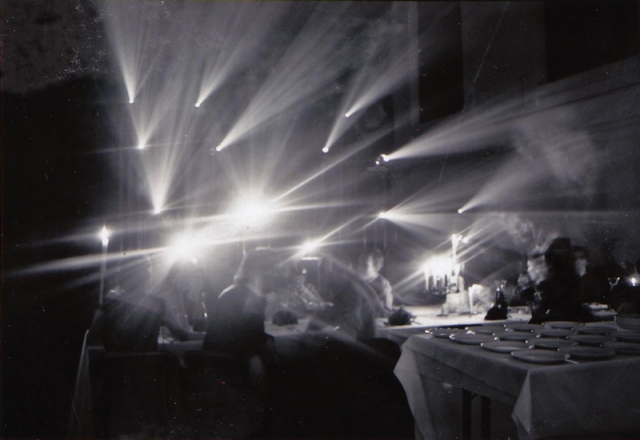 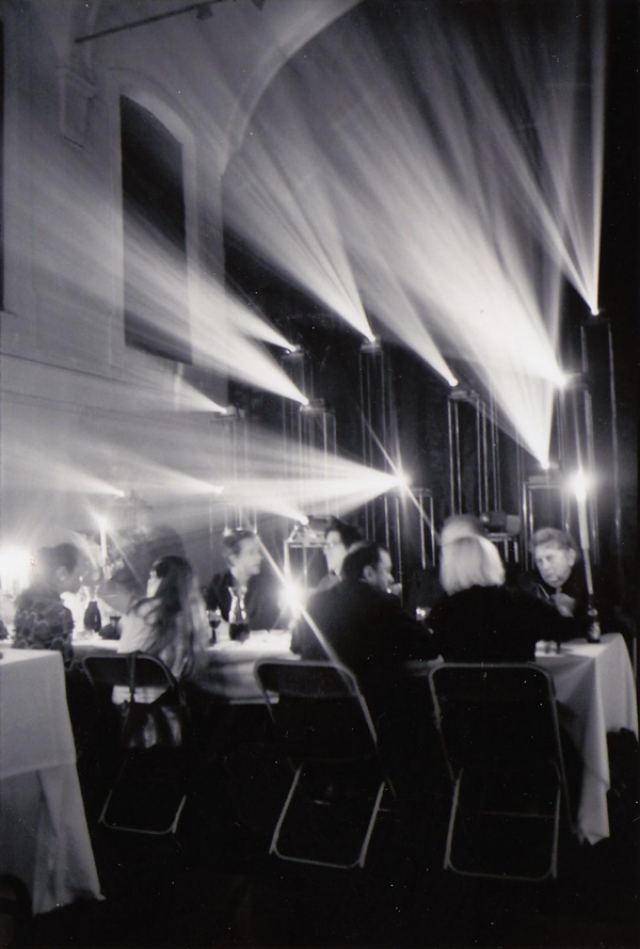 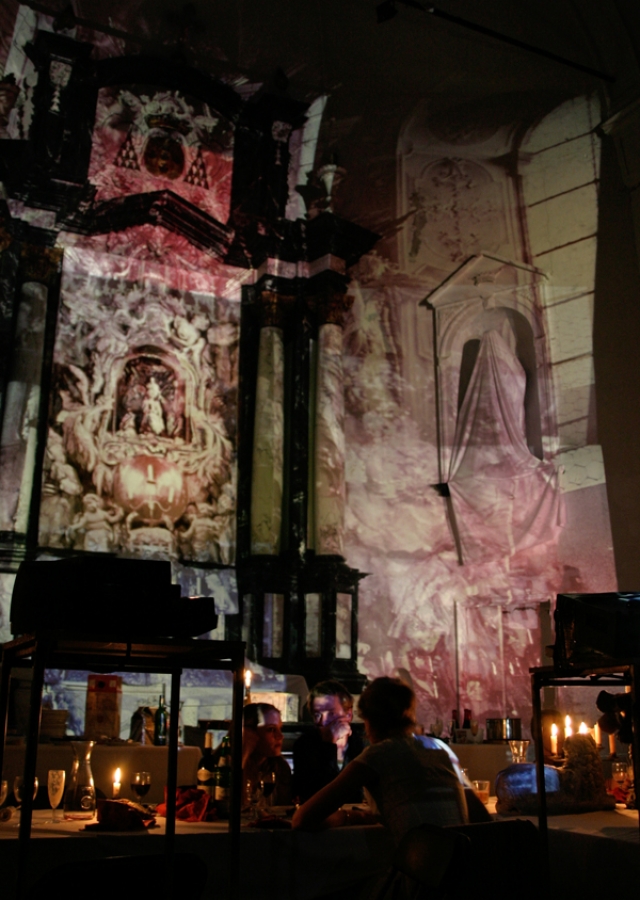 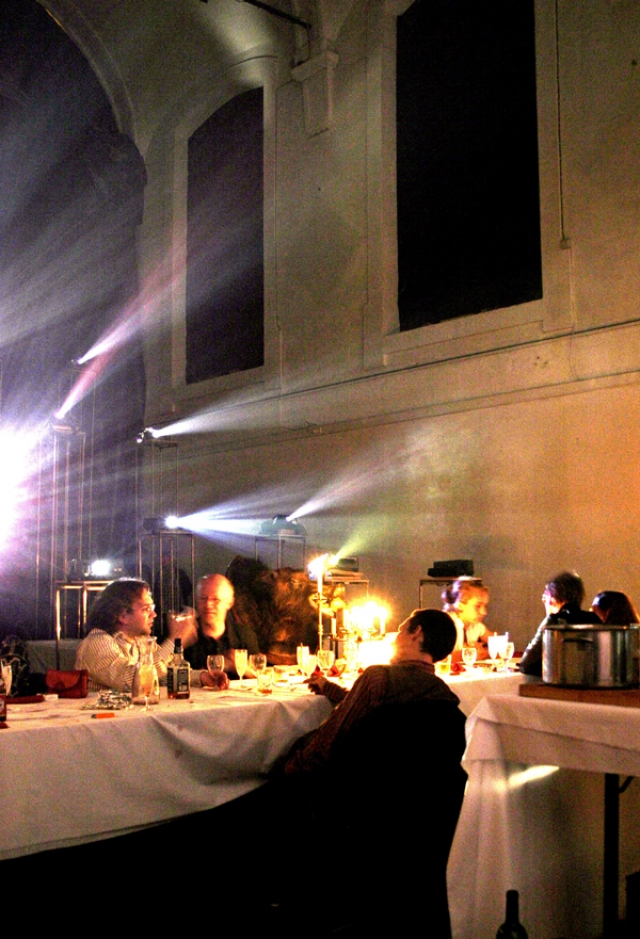